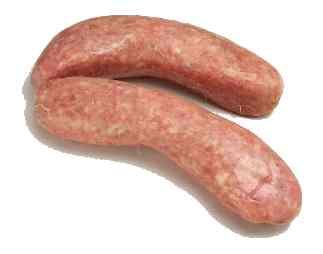 It’s been awhile since I put the fart humor aside (pains me to even write such a sentence), and talked about something more real, but I think it’s time.

One of my good friends, Bill Flynn, is known for saying that doing emotional work is much more exhausting than physical work.  I have found this to be true as well.

Today, I woke up at nine am, which gave me a solid nine hours of sleep.  For some reason I’m a nine hour guy.  It’s virtually impossible to do, of course, with a full-time job, this blog, the band, and a girlfriend.  I can really only crank it out on Friday and Saturday nights.

That last sentence doesn’t read too well, now that I’m thinking about it.  Screw it – not going to change.  Accidental double entendres are kind of cool in my opinion.

So, I woke up and had two bratwursts for breakfast.  I got excited last night at the grocery and had realized that I had all but forgotten bratwurst were a food.  I cooked up two last night, and two this morning.  That’s a lot of low quality meat within a twelve hour window.

Then, not surprisingly, I became tired again.  And why shouldn’t I?  I was up for a good three hours.  I laid back in bed and started checking emails, and then trying to impress comedians I follow on Twitter.

I received an email that really angered me.  I immediately wanted to lash out and punish this person (don’t worry friends and family, it wasn’t you), and then I realized, “Holy shit!  I’m angry!”

Usually anger to me equals action.  Since I’m so uncomfortable with my anger, I must act upon it, which usually means doing something hurtful to the person that I believe is making me angry.  Obviously this is not always a good idea, and I most times I have enough sense not to pick up the phone and start screaming the c-word.

Obviously, I would have dialed someone first, as screaming the c-word into a dial tone is not very satisfying.

Instead of action, however, I decided to go within.  I turned off my brain and went to the feeling.  Tried to sit with it, which is difficult for me.  Eventually I was transported back to other times I was angry, and eventually it turned into sadness.  Actually deep sadness, which nearly brought me to tears.  Thoughts of my ex-wife flooded me and a little kid voice screaming, “Why did you leave me?” as she walked away.  Which I totally thought I was over by now.  Awesome to realize I’m not.  Ha.

I then promptly passed out.

I awoke three hours later with my dog and cat curled up on top of me.  I started to feel shame about wasting the day, but you know what?  I’m hoping my body knew what to do.

Can you imagine me as a father?

Excuse me, children.  Daddy needs to go process anger and then fall asleep.  Here’s a DVD.  Stay away from the outlets.

I feel good now, because I did what I had never, until recently, taught myself to do – stay with the tough feelings, let my body do the work, and then go eat a bratwurst.

13 thoughts on “Sitting with Hard Feelings is Exhausting”