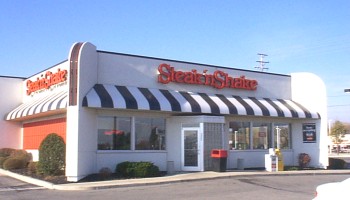 Everybody who grew up with Steak 'N Shake knows it sucks. Everyone who didn't thinks it's awesome.

I just realized I have now made it over two months of daily posts without a miss.  I should probably try getting to gym every day for 63 days, but you wouldn’t appreciate reading posts about how many reps I did to blast my glutes. (It was four by the way.)

How can you support me?  Three ways!

Lastly, and I’m not saying this to get attention, but it’s true.  I was getting my hair cut on Thursday, and there’s a Chik-Fil-A near the haircut place.  It’s actually the only one in Chicago, and just opened up.  Anyway, one of the things I do after my insanely expensive haircut is get Chik-Fil-A to go and jump on the subway.

I felt so goddamned depressed (and I have no idea what about) that I nearly burst into tears walking to the subway, and I actually had this thought.

I also immediately saw the humor in it, and how absurd it was.  Obviously I’m good enough for crappy fast-food, but the sadness was real.  It was a strange situation – to be both laughing at the insanity of my thought, but also to be feeling the weight of the pain.

Now, Saturday, I feel I AM good enough for Chik-Fil-A.  Maybe not Steak ‘n Shake, though.  They use real plates!