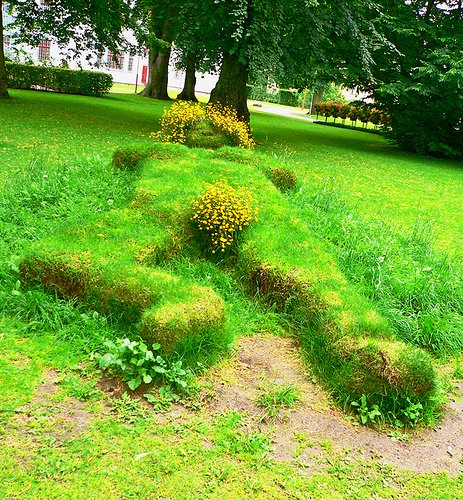 One of the bummers of turning forty is that almost all of my male friends are married. This is not a bummer for them, of course. And, damn it if they didn’t all marry well. And, once someone marries well, children are soon to follow. This is accompanied by a move to the suburbs where the excitement of city life is sacrificed for a larger home with actual grass. I’ve lived in the city for sixteen years and I’m one of the last holdouts. However, there’s no good argument to be made for a single guy moving out to the suburbs until he’s forced. The upside is that I live smack in the middle of a million fun city activities. The downside is that nobody else I know still does. So, I’m lonely.

Please don’t take this as a complaint. Nobody likes a complainer, including me. In life you have to go and and get the things you want. And, at forty, I found myself thinking something I had never thought previously.

I want some dudes!

Years before I was part of an organization where a bunch of us guys would hang out every two weeks for a few hours and talk about important stuff. Work, women, kids – anything that was going on. You could classify it as a support group, but in reality it was a group of guys meeting and listening to each other. I was a member of this group for years – until I was booted out. I had stopped going because a crazy guy had been allowed in and started harshing everyone’s mellow. I came back months later and the nutty guy basically told me how I had ruined his life and the group had to decide if it was him or me. Since he had been a more consistent member I got the boot.

This brings us to the present. I find myself living in one of the best parts of one of the best cities, but pretty damned lonely. I put my brain to work on how to meet some guys. I know how to meet chicks. That’s easy. But a guy? I don’t watch sports, which is a bummer since there are seventy four sports bars within two blocks of me. Maybe I could slap on a jersey of one of the teams here and saddle up next to another jersey-wearer at a pub. Nah, it would be inauthentic. Plus, shit, I don’t drink. You can’t watch a game wearing a jersey at a sports bar without being asked to funnel a beer after they win the big game, right?

I remembered that the guys who kicked me out of their group years before were part of a larger men’s organization. Literally thousands of men have been through this program. I sent an email to the head of their member services. Told them I was looking to get more involved and I needed a new group. I didn’t mention that I was kicked out of the previous one – figured that wouldn’t help them want to place me. I pushed send on the email and hoped I wasn’t blacklisted in their database. They replied within an hour and were thrilled to hear from me. After a month of back and forth, we found a group that wanted me and that I thought was a good fit.

In this new group, I’m the young guy. Most of the men (there’s seven of us total) are fifty-five to seventy years of age. But much like girls who were abandoned by their fathers, I like older men. They’re wiser than me. They have better perspective. Plus, they don’t screw around. So, when I told them I wanted to start working out again they asked me to make a commitment. This was a good idea because without accountability I don’t get my ass to the gym. And exercising is one of those cornerstone activities that helps just about other every area of my life aside from just looking awesome in the mirror.

I wish I was wired up more for the carrot than the stick, but I ain’t. Pain is the ultimate motivator. I wake up on Saturdays with the intention of getting to the gym, but I end up watching television and scratching my nuts on the sofa. However, let’s say while I was lounging a guy broke into my apartment and pointed a revolver at my dog’s temple, telling me that if I don’t go bust out a 60 minute circuit training set right then, he’s going to paint the wall with my chihuahua’s blood. You can bet I’d find my New Balances pretty damned quick and be out the door.

I just realized that by accident, I ripped off that idea from National Lampoon Magazine whose most famous cover of all time was… 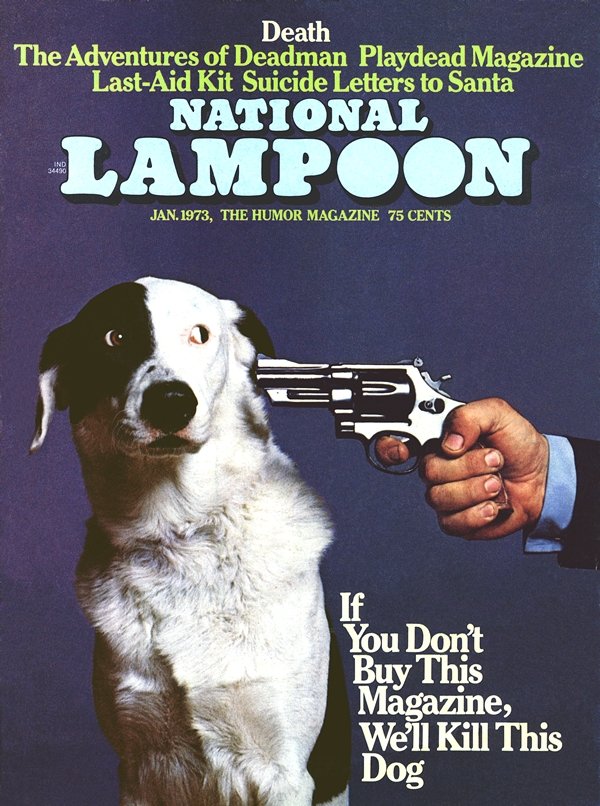 Anyway, the guys in the group asked me what it would take for me to actually commit to the workouts. I said, “Well, I need a punishment that is painful.” One man asked, “Do you support the KKK?” I told him that I did not. He said, “Perfect. How about if you don’t go to three workouts within two weeks you donate $100 to them.” Ooh – that would be painful! Great idea! However, there’s a few issues with that punishment – first, I don’t really want to help fund a hate group. I can’t imagine that would sit well with God and wouldn’t be easy to explain to St. Peter at the gates of heaven. I really hope there is a God and a gate – I like a little pizazz and showmanship in spirituality, you know? Also, if I did send the check in to the hate group, I would imagine the government might start tapping my phone. You’d have to make the donation in cash, and then use gloves, remember to not use a return address, etc. It’s a hassle.

Then, one of the other men said, “Hey, didn’t you just get ripped off by someone?” In fact I had. If you aren’t familiar with that story, you can read it here. “What if you gave the money to the woman that screwed you over?” BINGO. Red hot anger shot through me at even the thought of giving this shithead another nickel. And I even had a perfect way to get it to her. I accidentally have a pair of her pants in my closet. I had already told her that I had the pants and that I would return them. She told me to just throw them away. All I would have to do is send a letter saying, “When I threw out your pants, I found this $100 inside.” She would think the money was hers, and would keep it. It was perfect.

So, that’s what I committed to – three workouts in two weeks. Doable, but with a real punishment. You have to admit it’s a pretty good motivator.