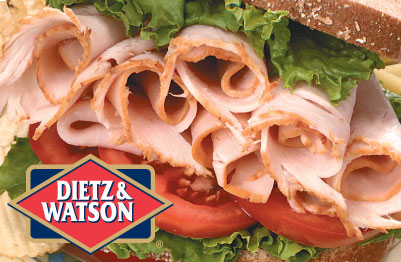 See if they have this near you. I'm not kidding.

My father has a strong will.

One time, back in college, we were shopping at a mall. At that point in my life I was terrified of talking to girls. He was completely strung out on caffeine. We saw some cute girl working at the Gap. He said, “I’ll make a deal with you. You go up and ask that girl out, and I’ll quit caffeine cold turkey.” Both of these goals seemed preposterous. You don’t just approach a woman after a lifetime of never doing so. Same with cutting out Diet Coke. Well, I couldn’t do it. He did. Fifteen years later and he hasn’t touched a drop of it since.

A few months ago my dad got fed up with his weight. Quietly, he cut out all the bad crap and probably half of the daily calories. He’s lost forty pounds and the desire to eat the same junk he’s been eating his whole life. Once the guy commits, he’s all in.

I was home this past weekend. He kept getting excited about this butcher he visits. He claimed they have the best deli sliced turkey. This is the man who hasn’t grocery shopped his entire adult life. Eats most anything you put in front of him and likes it. I told him I was fine with the stuff I buy every week. He insisted on taking me to his place.

The idea of going to a butcher for meat is a little beyond me. I buy everything at the Jewel – turkey, chicken, fish, and beef. And if the sirloin’s on special, even better. Maybe twice a year I’ll spring for beef tenderloin, but normally I stick with NY Strip or ribeyes that are a few bucks off. I never even go near the Angus section. That’s a sucker’s game! It’s two bucks more!

We arrived at the specialty meat store and I assumed it was too upscale for me. The previous night we had this amazing cod dish my mom had learned to cook. She suggested that she go to the fish market for the cod. I told her, “Just get the stuff at Kroger. It’s fine.” Again, the idea is that only rich people hit the butcher or fish monger is well-ingrained into my identity.

My dad went on about how this turkey he likes is not processed and that it’s healthier than normal stuff. I didn’t understand – do they give you chunks of real turkey? He said it’s deli sliced turkey. This I had to see.

Well, he was using the wrong word. He meant preservatives. He must have said it a dozen times before I corrected him.

I looked at the price of their turkey which was $9 per lb. I’m in no way a cheap person but I was like, “That’s really expensive!” He asked how much the Sarah Lee is that I buy at the grocery. “Uh, $6, when it’s on special. $8 normally.”

The math was clear. This was not going to dramatically alter my ability to retire in thirty years.

I asked for a taste of the Dietz and Watson turkey. I, in advance, thought that it was going to taste the same as the normal stuff I buy. I eat almost two pounds a week of deli turkey. When I tried the good meat, holy christ, I understood. This was better. A LOT better. I had no idea deli turkey could be that delicious. Since they don’t sell the brand in Chicago, I’m going to start buying Boar’s Head, which is very good as well.

My father had just taught me a valuable lesson. I’m worth the good turkey.

Walking out with a few pounds of high-end deli turkey made me feel like a rich guy. There will never be a coupon for Boar’s Head meat in Chicago. I’ll have to make a special trip to the butcher once a week. And I’ll be out maybe an extra $5. But I’ll be acknowledging a higher level of self-esteem.

I’m still way too insecure to go to the fish shop. I can work up to that.

One of these days I may throw caution to the wind and order the full lobster on the restaurant menu – market price.