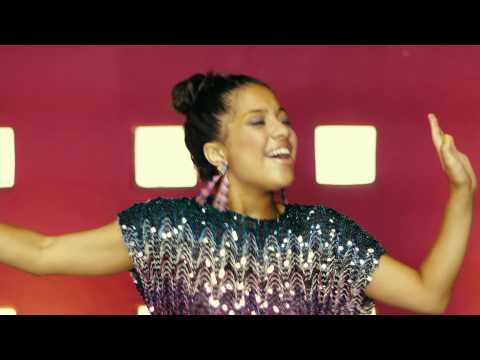 I’ve always been a fan of girl empowerment songs.

Earlier last summer I interviewed young up and coming pop star Kiana Brown. She was fresh off winning the KidzBop competition which is basically the online version of American Idol. It’s a big deal.

She was in the process of releasing her first single, Hey Chica. The song is all about self-acceptance and owning your power as a woman. It’s a great pop song.

Here’s how the whole thing went down. I had interviewed a French painter for this magazine where I was a contributing editor. These LA agents liked the piece because I asked a few wacky questions and reached out to me to interview their client, Kiana. I thought I would publish it in the magazine or submit it to another publication. I didn’t think too far ahead, for if I had I would have realized I didn’t know anyone else in the business.

Then the magazine I wrote for folded.

No problem. I just figured I would submit the story elsewhere. Turns out that getting entertainment interviews published its kind of hard when you have no credits or juice. So, sadly the article never saw the light of day.

I felt like a dick because I had sort of inferred that it wouldn’t be an issue. And that was the end of the article. It died.

Many of you know I’m in a band. We’ve taken a hiatus over the past six months as we’re all focusing on our careers and simply don’t have the time to practice or perform. I miss it and play quite a bit when I’m at home alone.

I’m not sure why this came into my head last weekend, but I was thinking of Kiana and how I had sort of let her down all those months ago.

I was strumming my guitar and I thought it would be fun to figure out an arrangement to her single to see if it sounded cool in a rock and roll style. I figured out how to play it and I kind of liked the way it flowed off the acoustic. I played it heavy and hard.

Then I, on a whim, sent a tweet to Kiana. Told her I wanted to interview her for my podcast and also perform an acoustic, rock version of Hey Chica. She instantly wrote back and was very interested.

We Skyped later that day and we were both pretty pumped. I had forgotten just how young she is – only fifteen. And, truly I loved speaking with her because she was so excited about her career and also playing this song with me. It’s so wonderful how innocent kids are at that age. I did feel like a bit of a creep pitching a song idea to a fifteen year old, but hey, it’s not like I was asking her out.

I’m in process of sending the song over and then we’re going to figure out a way to do it live. Should be a lot of fun and I’ll post it once we get it done.