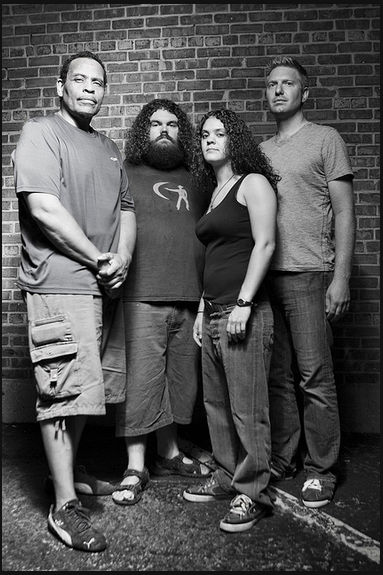 A friend recently pleaded with me to change my photo here on the site.

He said it didn’t look like me and didn’t capture my silliness. Plus, he said it made me look like a bad man. He then went into detail about what kind of criminal I resembled. Without going into specifics let’s just say it wasn’t flattering.

My friend has a point. It really isn’t me. I’m quite aware the photo makes me look tough, rugged and masculine. Hardly anyone would describe me in these terms in real life. In athletic competition I can be fierce and I can defend myself physically if I have to, but that’s about it. I don’t go camping, watch sports, or whistle at broads from a construction site.

I’m also aware that it seems a majority of the people who read this blog are women. The photo of myself is handsome. Ironically, that photo wasn’t even taken of me exclusively. I wouldn’t pose like that for the camera, as my douchiness level has not yet reached that height. But I assume that women will not be visually turned off from that shot. It’s attractive.

Here’s the original photo from whence I clippped.

So you can see, we just took a band “serious” shot. I love this one. And so, I did what every insecure person would do – take the hottest photo of themselves and put it online. It’s American, dammit!

The reality is that you’re more likely to find me laughing that scowling. If you’ve watched my videos or listened to the podcast you’ll see I’m pretty upbeat in person. I laugh a good part of the day, as is my way. But, when I was first deciding on a photo to use a few women told me I looked dashing (well, they didn’t use that word, but I always wanted to be like Cary Grant) so I chose it.

I’m not alone here. Whether were trying to find love on Match or just presenting our physical selves on our blogs or Facebook, most of us aren’t secure enough to put a “warts and all” picture as our avatar. There’s certainly nothing wrong with wanting to look your best. But when my best isn’t reflective of who I actually am as a person then it’s not  terribly  authentic.

Here’s another one from the same shoot that better reflects my personality. 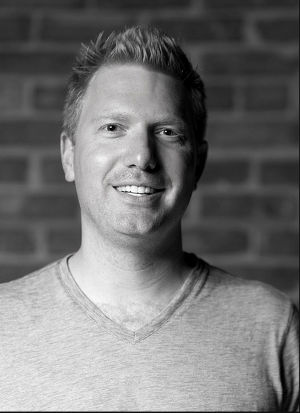 But because in my mind I’m not as fetching in this one, I didn’t use it. I know I sound like a lunatic but, shit, this is a confessional post.  Since I grew up thinking I was ugly the idea of anything that makes me look attractive is still a instant way to get a pleasure rush. I actually don’t think about my looks much at all anymore, as I’ve grown comfortable with my appearance.

Something bugs me about my chosen photo, though. It’s the tough guy image, the not staring directly into the camera, and how much I know it projects something I’m not. I’m not going to change it right now though, as I don’t think I can. Not yet that secure. Before that photo I used a now seven-year old photo of myself where I definitely looked younger than I am. My friends really busted my balls on that one.

So, at least now it’s my real age. And so what if he shiny’ed up my appearance and made me look like I-don’t-need-a-woman-in-my-life-because-I’m-a-loner, man. No filly can tame this stallion! I’m a brooding poet who carries a switchblade.

I used a switchblade once. Not to cut someone who did me wrong, but just to open it like the Sharks did in West Side Story. I was terrified I was going to have the wrong side held and slice open my fingers. It came out and I felt like a killer. It was good. Then I totally freaked out and dropped it and ran as to not stab my toes.

So, I’m not much of a tough guy. That’s okay. At least I have a photo that makes me look like I am.