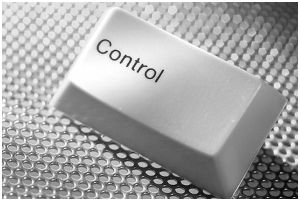 I’ve wanted to write about my control issues for a long time, but I was never sure how to articulate it effectively.

In fact, I have no idea how this thing is going to turn out, and I’m massively insecure about it. Oh well. I can always go back to stories about falling through glass tables.

My parents were nice enough to come up for Father’s Day. We were also celebrating my birthday which was last Monday. This morning at brunch the music at the restaurant was up a little too loud for my liking. It pierced my ears a bit. Now, I’ve written about how I probably have Sensory Processing Disorder which basically means that I’ve overly sensitive to stimuli. I don’t mind music at breakfast, but this was loud, hip-hop music, and it bugged me. I thought I was going to have to ask our waiter if they could turn down the volume.

Then I noticed in the lyrics they said the f-word a few times. Now, I’m no prude, and a good “fuck” can make for some great art. I use it all the time. But I didn’t want to hear it over orange juice at a trendy restaurant at ten in the morning. And then it hit me…

I can’t block out the music because I can’t control it.

My parents didn’t seem to notice the music. It was loud to me, but registered no impression on them. They didn’t hear the lyrics or mind the techno beats. That aggravated me even more. Sure, I have a little more sensitivity to stuff like this, but surely they were bothered! They weren’t.

Not having control over people, places, or things, I’ve come to realize, is a major issue for me.

I also live alone. Everything is within my control, too. I don’t have to deal with a girlfriend, wife, or roommate. Currently I’m single so I spend most of my time by myself. More control.

But when I’m in a situation where I’m not the center of the universe, I freak out.

I met a friend’s parents the other night for dinner. Even though they were perfectly lovely, I wanted to bolt after dinner but had to wait for them to finish their beers. I was uncomfortable even though I had no reason to be. They only had one beer all through dinner, yet I almost couldn’t wait the extra four minutes. Weird.

I was taken to a party recently where I literally only knew my date. There were over eighty people at this gathering. Part of my day-job is that I interview people for positions. I’m used to striking up conversations with strangers. I have no problem going over and talking with anyone.

But at this party I found myself annoyed at everything and everyone (except my date). I was so uncomfortable and rarely struck out on my own. I sat in one spot and just felt out of sorts and angered. I wanted the drunk dude to cease being so loud. I wanted to stop someone from singing karaoke because they sucked. I wanted my date to introduce me to more people. I wanted to be alone when I was eating the food. In short, I wanted to be in control. It’s a lot of “wanteds” that I couldn’t control.

Over the past few months this control thing has made it difficult for me to enjoy being in groups with people. I just want to go home and isolate. Not healthy.

How I got over the hip hop issue this morning is the lesson here. I knew that since I didn’t want to be a dick and ask them to change the volume just for me, I would just have to learn to tolerate it. Could I sit in discomfort and would that ease the discomfort?

Learning how to tolerate that which I don’t like is really tough for controlling personalities like mine.

Here’s what happened. About ten minutes in, the music drifted away and I didn’t notice it anymore. I mean, this was bizarre. I had such a visceral reaction initially. I sat through some tough feelings of wanting to control it, and over time my body acclimated. I actually enjoyed it!

When I let go of my need for control, I experienced relief from discomfort. In essence I need to tolerate that which I don’t like.

So, going forward I’m going to force myself to not run when faced with tough feelings. Not to go off by myself every time. Not to leave the social gatherings. In short, learn how to be out of control. This is a good thing.