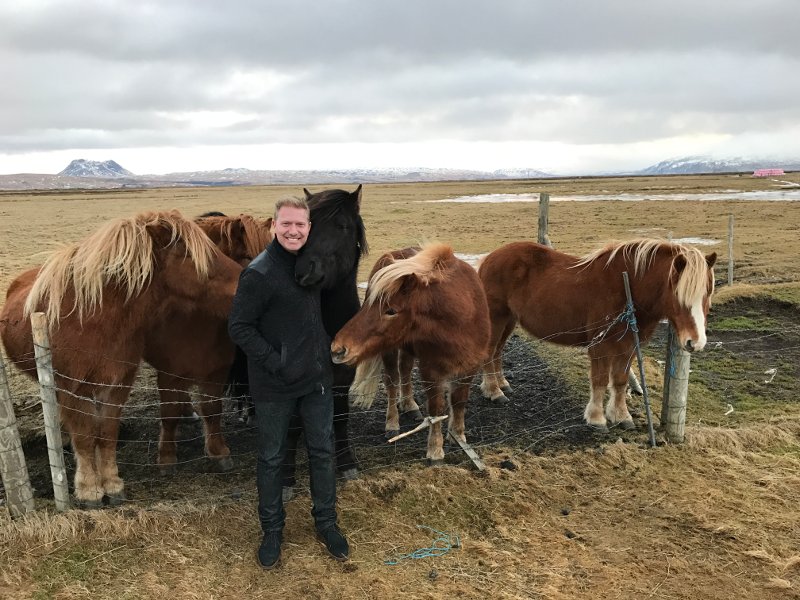 I’m surprised that I’ve received this question since I’ve returned from my trip. Three individuals have asked this independently, and it strikes me as odd for a number of reasons. First, I’m forty and my friends are around the same age. Everyone is married, mature, and with responsible careers. This is not a question anyone my age should be asking. Second, the trip to Iceland was not sponsored by Tinder and I didn’t check to see if there was a “Hot Broads of Reykjavik” meetup group. Third, I was traveling with my sister and her husband, and the idea of scoping out local trim didn’t seem like a healthy move. Fourth, I’m dating someone which further distances me from such silliness. Fifth, and most importantly, I truthfully don’t have an answer for this question. And I’d like to talk about that further.

What I’ve noticed visiting foreign countries is that there’s an inverse relationship between how well the country is doing on its own and the overt friendliness of the natives. A negative correlation, if you will. I crafted this simple chart to drive the point firmly into Iceland’s frozen ground.

In other words, the less a country needs you to come spend money, the less they tend to kiss your fanny. Just head down to the Caribbean where every busboy becomes your new best pal. They need your dough.

Iceland has a lot going for it. There’s almost no crime, the citizens are well-compensated at their jobs, and they just seem as a whole to have their shit together. Last year they ranked third in the world in overall happiness. The U.S. ranked 13th. Icelanders focus on education, hard-work, and family. On a walking tour our guide told us if we see a homeless person not to be afraid, as an Icelandic homeless person would never approach and ask you for money. We didn’t see even one homeless person, by the way.

We were staying on the main strip, about a block from the prime minister’s office. The most important person in Iceland’s office is a nondescript two story building. His car was parked in the adjacent lot and we witnessed him walking to and from the office. No security. He was – right there. No big deal.

Iceland has no soldiers. Part of the reason is that Iceland isn’t interested in meddling in foreign affairs. They have enough going on with inclement weather and volcanoes that erupt. But what about defense? Ha! (imagine that laugh with a hearty Icleandic viking timbre) No nation in their right mind would try to occupy Iceland. 80% of the country is uninhabitable and the other 20% isn’t exactly Club Med.

And even though I spent six days in Iceland, I still don’t have a sense of the Icelandic people. I would say that they are polite and stoic. But I can’t recall even one Icelandic person coming over to me on their own to strike up a conversation. On New Year’s Eve I went over to the two singers performing at the party we attended. Both are locally famous. When I told Svavar Knútur that his song, Wanderlust, was one of the best songs I’d heard in some time, he said simply, “Thank you.” I took a picture with Una Stef and she seemed genuinely surprised that someone would want a photo with her.

It’s not that Icelandic people are unfriendly – they’re very helpful and kind. But they don’t seem overly concerned or impressed that you’re visiting. And we do the same thing in the United States. If a traveler from Australia is visiting the U.S., it would never occur to an American to say, “Thank you so much for visiting our amazing country, Sheila!” (It’s a fact that 87% of Australian women are named Sheila). We don’t fawn over visitors because, well, we don’t need them. And Iceland is the same way. People have only been vacationing there for fifteen years.

All of this leads me to my original statement that I have no idea if Icelandic women are hot. I didn’t see or speak with a ton of them. Well, I did see them – but since the temperature was always around 32 degrees Fahrenheit, everyone is bundled up at all times. You can’t tell what’s doing under all those sweaters.

But even if Icelandic women were the hottest women in the world, it still wouldn’t have impressed me. You’d have to peel off seven layers of clothes before even getting to see boobs. And that’s just too much work for me. Plus, as mentioned earlier, the woman I’m seeing wouldn’t have appreciated it. She’s square that way.

So I’m sorry to report that I can’t comment on the overall attractiveness of Icelandic females. I can comment on eating whale, however. One of their delicacies. It was gross.