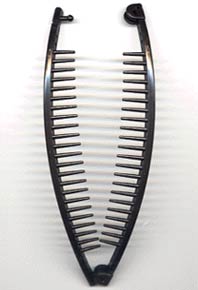 You know you still have one.

In the last installment, I talked about the idea of a “Dates With Readers” feature where I would go out with a few women who regularly read my blog.

Read Part I Here – and then come back, because, well, you’ll totally want to!

I was telling my father about Jessica, the woman in the previous  story with whom (Or is it “with whom”?  Or “to whom”?  To which?  Damn my feeble attempt at grammar! I just learned the commas rules recently. I still promptly ignore them. But I learned it!). I was really starting to connect.

The bottom line was I was starting to fall for this girl. Not in love, but in that initial early phase of infatuation. I couldn’t wait to talk with her each night. I felt comfortable sharing the real me with all my faults.

I was going to say instead “with all my warts” from that famous Oliver Cromwell quote, and then make a joke about how I really do have warts as my body is ravished with HPV. Get the  inoculation ladies!

(Um, just to clarify, the above was a joke. Truly.)

She, too, was sharing intimately. To me, this felt like the beginning of something real. I also know that I tend to fall deeply very quickly, so I tried to keep a level head about the whole thing. I mean, I hadn’t even met her yet.

I mentioned to my father how we had plans to spend New Year’s Eve together, with me flying to Atlanta where she lived and going on a proper date.

After telling my father of this plan he casually said, “Why don’t you just invite her to Peoria for Thanksgiving?”

I immediately was at loss for words. For me this is a rare and special event. Just ask those who have to deal with me. But the truth was I was at a momentary standstill on how to process what he just said.

Seven seconds later I stammered out, “But, but Dad – that’s crazy. I haven’t even met her yet! She’d get totally freaked out! ”

Then, I added for dramatic effect, “It’s just not done.”

My father’s answer was a calm and collected, “Why not? We’re fun!”

Now, the exclamation point in the last sentence was not meant to read “We’re fun!” in an excited, jovial way. He meant it in a defensive, why-are-you-questioning-this way. While I’ve never seen my father drunk, this felt like a drunk sort of thing to say.

His two-word argument for inviting a woman that I’ve never met to spend five days with my family over Thanksgiving was rocky at best. Like McNamara’s logic for Vietnam. Just wanted to throw that in there. Compare my father to McNamara. That’s funny to me. Not Vietnam. Vietnam’s not funny. Well, maybe today. Not then.

“Yes Dad, I understand that you, mom, and Dana (my sister) are fun. I get it. But Jessica’s going to run screaming if I offer this up.”

Once again, just because I like how it sounded, “It’s just not done.”

And that was the end of the conversation. He was right, too. It was exactly what he would have done. He didn’t see anything the least bit uncomfortable or weird about it. To him, the Paris family is fun and welcoming and warm. To his credit, we are sort of that way. We’ll wait until after the weekend to pick you apart and dress you down. Like if you still wear banana clips in your hair.

Also, I don’t have a history of bringing women home to my parents who were anything other than lovely. I, myself, have lots of issues, but the women I date are usually pretty normal. Even my  ex-wife, who bailed on our marriage, was normal. For a bailer.

I was about to make a terrible pun about how she actually did grow up on a farm, and bailed a shitload of hay, but it seemed dumb.

I thought about this proposition for a few days. And just like anything you ultimately really want to do but have to talk yourself into, I eventually came around to this conclusion:

It would be fun.

The plan was such: I’d call Jessica and throw the idea out there, totally understanding how crazy and nutty it sounds. I would make sure to give her an easy out, and not apply pressure.

And that’s exactly what I did. I carefully and slowly set up the idea of getting together sooner than New Years, and if she didn’t have plans for Thanksgiving, she should come to Peoria and hang out  with my family.

Her response was an expected, “Oh, I don’t know. That’s a lot to handle, and I’m not sure if I’d be comfortable.”

I assured her that I completely understood.

But then she came back with…

“However, it might be really fun, and I actually don’t have plans for Thanksgiving. Let me think about it.”

During the next few days we continued to talk and get closer, as we had been doing all along. We even Skyped a few more times. She would not give me the full body camera pan I was hoping for, but, well, I had to ask. I’m a guy.

A few days later she called and said, “I’m throwing caution to the wind. Let’s do this.”

Now just so that you understand how this decision was made, Jessica and I are talking for a few hours each night, often video chatting on webcam. We knew each other – at least a little.

Also our conversations were not that of surface. I’m just not that way. I talk about my insecurities, my fears, and I expect others to as well. I push hard and deep. It’s how I’m built.

So, we were probably building an accelerated level of intimacy during these daily conversations. Everything felt good to both of us and we constantly checked in with each other to make sure we were on the same emotional page.

When I mentioned this Thanksgiving plan to my therapist, however, she was not amused. But screw it, I pay her.

I called my father after Jessica had purchased her ticket to tell him that his suggestion actually became our reality. This is how the conversation went:

“Jessica – you know the girl I was telling you about?”

“Oh, great. You just asked her to Thanksgiving dinner?”

“Oh wait, maybe I did suggest you invite her for Thanksgiving. Either way, I’m excited to meet her.”

“No, there’s no ‘either way.’ There is only one way – the way you said specifically to me. You definitely told me to ask her.”

In Part III – The Meeting! (God, she better be an actual woman… Seriously.)