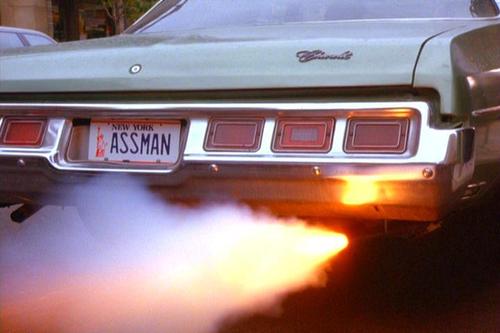 I'll probably show you the scar if you ask nice enough.

When we last left D.J. he had just fallen through a glass table at a makeshift summer party at Adam’s grandparents’ condo. Blood was flowing freely from his fanny (again with the alliteration?) and he was waiting for the dopey ambulance EMTs to find the home. They had pulled into the wrong complex.

I will now switch to first person as there is not, nor ever has been, a narrator.

Laying on the ground I started to lose focus. Blood itself didn’t really bother me although I’d seen little of it in my life. Other than the occasional knee scrape or paper cut, my skin stayed tight and whole. Never had I broken a bone, been in the hospital for an illness, or needed a wet nurse. I was a healthy kid.

But now, my essence was spilling out onto an elderly couple’s porch.

The ambulance finally found the correct building and buzzed to be let up. I’m not sure who had called 911, but I very clearly remember the voice (male, probably Adam) saying, “No – he hadn’t been drinking!” The dispatcher was onto us, as there had been drinking. I had only had six beers or so and possessed a high tolerance. Still, as not knowing if the police were going to be making an appearance, I watched from the balcony as all the beer cans were swiftly thrown into a garbage bag and then moved out of sight, probably underneath Adam’s bed.

By the way, once our cleaning lady Dorothy totally ratted me out by pulling a similar bag of smashed beer cans from under my bed and showed it to my mother. I never forgave her for that.

The apartment was clean by the time the paramedics came through the door. They had a gurney with them and they rushed to my aid.

In the past post I wrote about how I was terrified of women through this time in my life. I had just fallen through a table, there was glass in my butt, and I was ruining an otherwise pleasant day for the ladies present. The little bit of self-esteem I possessed at that moment plummeted, and humiliation had set it.

I was going on the gurney.

The EMTs asked me if I had been drinking. Not knowing if the paramedics would be phoning the fuzz, I lied. I should have noted that I still felt fine at this point. This fanny was not apparently shooting pain signals to my central nervous system. Wait, is that how it works? Something about receptors and neurotransmitters. I’m not smart. Maybe it was just the layers of fat that stopped the pain messages from traveling up my spinal column. Whatever was happening internally, I felt great. The beer buzz helped with this, of course.

I was starting to lose a little focus on reality, and my vision was narrowing.  I was clearly beginning to go down. I made a final request to Adam…

He must have hurried all the birds into a back bedroom because when I came to, nobody was around. I was loaded on the stretcher. Fanny up. I still had glass sticking out of my rear, and I’m sure it looked like the world’s worst ice sculpture.

I was placed into the ambulance and taken to the hospital. Once again they asked if I had been drinking. I’m sure I smelled a bit like Keystone Light, and they knew it. I was about to take the fifth but I passed out again.

When I woke up I was being wheeled through the hospital ER waiting room. My parents were there and they looked worried. I, clear as day, said, “This is no big deal! I’m fine!” as I went past. Adam must have called them.

In the room where they put all the glass-ass victims a big nurse came over. A doctor poked his head in, pulled the glass from my wound, and starting poking around back there. He muttered to the nurse who grabbed her sewing kit.

The doctor told me I had severed an artery and may require a blood transfusion. He didn’t seem to think so, but he was going to check back after some sort of test. He put the nurse to work stitching me up. I asked for something to throw up in, because I was feeling sick. They tossed a bed pan under my face, and I barfed. I couldn’t figure out why this had happened as I had been fine moments before. Then, I urinated all over myself. Again, I’m face down. Not the best position.

As she was stitching up my fanny.

I couldn’t help it – my body was doing things I couldn’t control. I was so embarrassed and kept apologizing for making earth on the nurse. She said, “Honey, if this is the worst I see today, this is a good day!” I still wanted to hang my head in shame, but it would have plopped down into the vomit-covered bed pan.

She mentioned that when you sever an artery all sorts of funky signals shoot through the body and not to worry about it. So I didn’t.

I spent the next few weeks on my stomach in my bedroom. My whole crotch area had turned black and blue and it hurt like nothing else I had experienced. Twice a day I required a cleaning of the wound and bandages changed. I made my sister do it the first day, and she just about retched.

Even now, I think, you can see the scar where eleven stitches once lined my backside. I say I think because I don’t spend too much time looking back there. I can feel it, though, and I hope it isn’t as hideous looking as it feels. My friends started calling me “AssMan” an homage to the episode in Seinfeld where Kramer received the wrong license plates meant for a proctologist.

Oh, I just remembered that the doctor told me that there would be no “fooling around” while my wound healed. He was very adamant about this. I didn’t have the heart to tell him I didn’t have any dates at that point anyway. But still I took note hoping that I’d meet a girl and turn down her advances during this time. That would have been a step up from my current situation.

I had lost so much blood that the porch needed to be powerwashed. Except it had already stained the concrete and seeped in permanently. My folks had to pay for the porch to be refinished. I just love that under the new layer of concrete my fanny DNA is still present.

I am the AssMan!